Looking for a Magnet That Attracts Gold

Q. I need to know or buy a magnet to attract gold or silver.

A. Hi Delano.
We don't believe such a thing exists, but also don't believe in censoring stuff as 'disinformation' just because we don't believe it. We just ask you to remember that it certainly should be no surprise to you if you get scammed :-(

A. If you are not very particular about the purity of gold (or silver), you may alloy it with iron or nickel or cobalt "suitably" and then try with a strong Nd magnet. Kindly share the results of your experiments.

A. In theory, I agree with the idea of the "reverse railgun" mentioned earlier. Non-ferrous metal is not naturally magnetic, however new science has given way to a way to possibly make it "Magnetic". Magnetic resonance ... the same technology used in to cast images with radio waves, combined with other instruments, could tune the machine to affect gold at an atomic level by tuning to the resonant vibration of gold at a resting state in a local and contained area.

Such a feat would be possible if gold, among other non-ferrous minerals were to be run through an isolated zone such as an MRI machine housed in a faraday room on a specially made conveyor. The resonance would pull only the pure gold dust from the amalgam to the edges in a separation technique without the need for chemical electrolysis and at production speeds. Of course, ferrous metals could interfere with such a process, and so there would need to be done actual magnetic sorting beforehand so that the oscillating magnetic field could remain stable in the process without magnetic contamination.

But yes, the same process could also work on other non-ferrous metals and objects as well, such as carbon-based crystal forms and quasicrystal particles, semiconductors, superconductors, insulators -- pretty much anything that doesn't hold its own magnetic current could be resonated and vibrated to be pulled from a mixture this way as long as it is in pure form when run through the proper attunement of resonant vibration and corresponding oscillating current. I don't know how energy efficient it would be, and then upkeep costs for such a machine would likely be somewhere in the range of 10x that of a medical grade apparatus. However, in theory, it can be done.

Q. If a metal detector can detect gold, then why can't a magnet attract gold? I am looking for a magnet that can attract gold. Does such a magnet exist? Thank you for your response.

A. As far as I know, here is no known magnet for gold with today's technology, and I haven't heard of theories being advanced that might lead to it any time soon. It's certainly not impossible, any more than superconductivity or lasers or compasses are impossible, but I don't know of current research on a theory that will lead to such a device.

In permanent magnets unpaired electrons spinning on atoms act as small electro-magnets pointing in particular directions i.e., they have a "north" and a "south" pole. When they point in the same direction on all the atoms, the material itself acts like a magnet; it is called a ferromagnet, since the simplest example is BCC iron. Of course a lump of iron is not normally a magnet, but has to be "magnetised" by some other magnet. This is because the raw material consists of many magnetic crystallites whose magnetic moments cancel each other until they are aligned.

Gold has a cubic close packed structure (CCP) and does not lend its self to permanently aligning the spin of its electrons unless it is subjected to a constant inductive current.

To answer your question... to attract gold magnetically you would have to develop some sort of reverse rail gun. The problem is how do you apply a large enough inductive field around the gold, and since gold does not act like a permanent magnet it will not be moved unless an independent out of phase electromagnetic field is applied to it.

Hope this isn't too boffin for you.

A. There is a book about an electromagnet that can attract copper, silver or gold; but you have to make from scratch.

A. TOBY YOU ASKED RIGHT QUESTION AND I HAVE VERY POSITIVE ANSWER FOR YOU.
THERE ARE SUCH MAGNETS, IT'S CODE NAME: 38EH.
IN NATURE, GOLD IS ALLOYED WITH ZINC, ALUMINUM, IRON, COPPER, PLATINUM AND OTHER METALS IF IT'S BLACK SAND GOLD.
YOU WILL NEED 3 TYPES OF MAGNETS:
- REGULAR --WHICH HOLDS YOUR NOTES ON THE FRIDGE MADE OF BLACK MAGNETITE
- NEODYMIUM N37 FOR CATCHING 50% GOLD 50% IRON SANDS, AND
- NEODYMIUM 38EH TO ATTRACT GOLD AT THE END, WHEN THERE ONLY CRYSTALS AND GOLD LEFT
I'VE BEEN DOING THIS ABOUT 10 YEARS AGO
SO, GOOD LUCK

Q. I want to know about magnet which can only attract Gold.
How can I buy it .
I shall be very Thankful to you for this kindness.

A. I made a nonferrous electromagnet made of brass.

Q. I understand very little about the process however I have secured all 3 types of magnets. Can anyone divulge the sequence in which they are used? Appreciate your input.

A. Gold is non-magnetic.
Even a rare precious earth magnet will not attract gold.
Rare earth magnets are often used in prospecting to separate non precious metals from would be nuggets.
Some people will put a rare earth magnet in with pay dirt, or suspected gold containing dirt, to remove a small amount of non precious metal.
If such magnets could attract gold, they would likely be used by prospectors and large scale miners to collect gold from dirt.
The most efficient way that most people use is panning or a similar concept, where water is used to push lighter material to one side, while the heavier (gold) material gathers at a lower point in the vesicle.

METAL DETECTORS used for gold prospecting emit a strong magnetic field, and briefly magnetize gold nuggets below the surface. Not enough to again, this magnetization is only very weak, otherwise a strong magnet would magnetize gold enough to draw it towards it (which we know it doesn't). The magnetization of the gold is so weak, that only mid to high range metal detectors will recognize the signal generated, which is then transferred through and amplified by a digital device and converted to sound (squeeeek squeeek)
Good luck miners!

A. Please go to YouTube and watch the videos by 'bluedoaify' attracting gold and silver using both static electricity and magnetism.

A. So my dear friends and colleagues I'll tell you what I know from physics and chemistry in paragraphs:
- Yes gold is attractable if there is a motion between it and the magnet (instead of making excitors & attractors, you just need to spin the gold in a whirl so fast that it stays on bottom -- you can make it even "heavier" putting some magnets on the bottom of the sluice).
- Yes it can be attracted by a very very large rare earth magnet (so even can quartz -- not practical nor affordable).
- Gold has a specific atomic resonance frequency (I think it was something like 1-7Hz or less); it should play a role fine tuning the exciter/inductor (John Hutchison is a friend of mine).
- You can use such device in a V shape half of it an inductor the other half a collector magnet.
- The only real problem is: Energy -- so what does it mean? More green energy = cheaper gold ... until the deposits are finished and the demand gets to the sky ...literally.
- And yes it may be cheaper to separate gold concentrates chemically.

A. There is an AC electromagnet that can attract non ferrous metals (only when they are smaller than the size of the core of the magnet.

There is a PDF available of the book detailing the device. It was written over 50 years ago and has been recently demonstrated on YouTube.

It has to do with the fact that all metals can produce eddy currents due to Lenz law. Lenz law is the reason many non ferrous metals are repelled by magnets but there are certain loopholes that allow you to induce eddy currents (that would normally repel) and attract them with secondary core that has an opposite polarity to the one inducing the opposing eddy currents, which is to say it repels the primary core and is attracted to the secondary core.

Q. How is this gold attracted by a magnet in Russia?


A. Hi Adberto. How do you know that it's real gold? Regardless, it is amazing silly :-)

I looked at his other videos, and whether he uses that magnet, or a panning bowl, or a sieve … or whether he simply digs his fingers in or his daughter explores with her toes, there seem to be no stones in that river that aren't either gold nuggets or gemstones. Seven large gemstones and 3-5 pounds of gold nuggets picked up every 15 minutes. It's time to move there :-)

A. Any metal can be induced by a moving magnetic field to conduct electricity. There is a Newtons law that confirms this. In mining, Eddie Current generators are used to separate metals from crushed ore. There are Ferrous & Non-ferrous metals and they all can be turned into tiny magnets by making use of moving permanent magnets. An electro magnet turned on and off will simulate a moving magnet. I once observed a demonstration where varnish coated copper wire was wound in a shape of a long coil like a spring this was placed on a flat surface and a round bar shaped permanent magnet was thrust in one end of the coil and the magnet just kept going under its own power to the end of the coiled wire. As the magnet moved past the electric conductor it induced an electric magnetic field which opposed the permanent magnet, causing movement.

A. Did an experiment were I discharged a large charged capacitor into a coil. When a dime was near the coil it moved slightly when the capacitor discharged. The dime acted like a one turn shorted inductance. The same would have been true of a gold coin.

The trick is to make a magnet that will attract gold but not magnetite. It might need to be some kind of A.C electromagnet. The gold particle should be classified as a closed circuit inductance. The gold particle will be resonant at a certain frequency.

opinion!  From my understanding, gold/metal detectors do not use magnetic frequency but instead use radio frequency and pulse waves which bounce back off metal objects since it cannot go straight through them, thus creating a sound when interacting. However, I do believe mercury is used to separate gold particles from dirt and other substances while at the same time, attract and unite the gold particles to become one whole particle.

If some sort of device was to be created, I do believe that mercury would be a key ingredient in the running of the device.

But that's just from a normal simple prospectors point of view and opinion. No scientific genius here. Cheers. 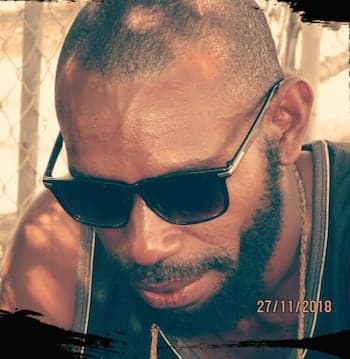