"Why not solid rhodium ring?"

Tutorial:
(to help bring readers up to speed to more quickly understand the Q&A's)

Rhodium is a precious metal like gold or platinum. It is plated on to most white gold rings these days because it is so bright and tarnish resistant that it dazzles, but it is very thin and wears away ... so some people are interested in the possibility of solid rhodium jewelry.

Rhodium is so rare that it cannot be mined for its own sake, but is only obtained as a byproduct of platinum mining & refining. What makes this fascinating is that when there is a high demand for platinum, rhodium is therefore very available and its price tends to be a little bit lower than the price of gold; but when demand for platinum drops a bit, rhodium becomes virtually unavailable and its cost sometimes jumps to 10X-12X the price of gold.

@Neil_Garnett: What kind of precautions. Interested in smelting but honestly I've never done any, and I might not even use this material but would be great to know.

A. Hi Dirk. We'll see if Neil replies, but his posting was from a very long time ago. Have you successfully smelted other metals?

Because now is probably not the time for such an experiment. The cost of rhodium varies wildly. At times it's the same price as gold, or even a bit less. But presently it's 9X-10X the price of gold. Experimenting with making rings from material that costs over $18,500 an ounce probably isn't really practical.

Q. I am a jewelry hobbyist and am just wondering, if rhodium is used to plate jewelry and has such a nice finish why not just use solid rhodium for a ring? It seems it would be a good compromise between platinum and white gold. Is there some durability issue with rhodium?

I understand that it's also hard to work rhodium and it has a very high melting point.

Q. So, Rhodium costs almost twice as much as Platinum - of course I am interested. Where can I get solid rhodium jewelry, and if I can't, why not?

Along the same lines, why not solid Palladium jewelry? (Much more expensive than silver, but only costs about as much as 10k gold). 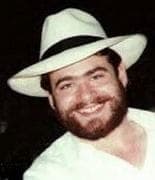 A. Solid palladium jewelry is what I have been making for the last 2 1/2 years, and it works beautifully. I weighs a lot less than platinum so you get more rings made per oz. It is actually a bit whiter than platinum, and is much nicer to work in than white gold. You can get palladium alloys for jewelry applications from Hoover and Strong.

Q. I am also hoping to find rings of pure rhodium as well as ruthenium. Do they exist? Could they?

Rhodium is The most expensive natural metal. It is used in plating silver jewelry. I haven't found solid jewelry made from rhodium. It's hard to start a new trend when it's this expensive. The only idea I have on obtaining a pure rhodium necklace or bracelet is to buy the metal from a elemental supplier for chemistry sets and then pay a jeweler to make me a custom piece for me. Maybe have an iridium, rhodium, platinum alloy blend. Ratio of 5/80/15 respectively. What is your ideal jewelry metal alloy combo? I guess I should also find the melting points for these metals and density. Can they be combined for an alloy?

A. Hello All
Just to let you know I have made 2 wedding bands in 80% solid Rhodium. You have to add 20% Plat as Rhodium will break if used in its pure form; it's not malleable.
What a fantastic metal. The problem is you can only get the metal in powder form, so you have to be very careful when you place the metal into an induction smelter.

! I want one too ... Bad ... It's too bad I don't have enough knowledge to be able to know whether it's solid or just plated, so I'll never actually purchase a 'solid' one, because I refuse to be scammed.

A. Hi Michael. It can be hard to find trustworthy people, but it's impossible to survive in our high tech world without believing anybody; so if you badly want one, inquire until you find a jeweler you trust.

A nice heavy ring made from a material which keeps oscillating between less valuable than gold and more than 10X as valuable as gold is a neat trick to play on a divorce settlement lawyer or other appraiser :-)

Q. If these alloys in jewelry so expensive then why are they not made privately for richer people already? And does anyone know under what condition these elements can be found?

A. Hi Sophie. Just because it's expensive doesn't make it good, nor mean that people are highly desirous of having it :-)

One strike against rhodium is price volatility: it doesn't have it's own supply & demand price like most other things. Rather, rhodium is so rare that it's available only as a byproduct from platinum mining and refining; so when the demand for platinum is high, there is a good amount of rhodium available and it costs a little less than gold. But when the demand for platinum drops and little is mined, the price of rhodium skyrockets because there simply isn't any available. Recently it was over $12,000 an ounce when gold was well under $1,000. Not even rich people want to pay 20 times as much for a ring, and then find in a few years that the price of rhodium tanked and it's worth less than a gold ring and they lost 95% of their investment :-)

Q. I am thinking of making custom wedding bands for my fiancee and I. The base of the ring is made in silver that has a center trough, and the inside of the trough would be a turks head of niobium, iridium, and rhodium. Not too sure about how well this will play out, and also looking for a fourth metal, hopefully as rare as can be, to add to the turks head.
My main issue is I am unfamiliar with how difficult a rhodium wire is to braid.

Q. After 13 years I am starting to blister from my wedding rings, they are 14k gold and my doctor said I might be allergic to nickel and/or gold now. I have had them cleaned so I know it is not from anything trapped in my rings. Can I replate them with something and if so what do I use? Someone please help I don't want to plate them with the wrong metal and find out that I am allergic to it too......

A. I have worked with rhodium (both metal and compounds) for many years. Rhodium is used in many applications outside of the plating and jewelry industry. Check your catalytic converter in your car and you'll usually find platinum, palladium and some rhodium.

The metal itself shouldn't be a problem except if you inhale the dust and then the problem is dust not the rhodium metal. The compounds and solutions of rhodium that are typically found in the marketplace (i.e. chloride, nitrate, Wilkinson's catalyst, sulfate, phosphate, etc.) also should pose no significant dangers except for the pH of some of the solutions.

A. I, too, was VERY interested in solid Rhodium rings. After doing much research and talking with many jewelers, I found out why it is almost impossible to make one:
Least of all is the cost - about 10X solid gold.
Most important is the very high melting point and poor malleability.
What this means is, the melting point is so high that it would be almost impossible to spin it into a cast for a ring before it would start to solidify. It would end up as a partial ring glob. Rhodium is ~1000 deg. higher melting point than Platinum and Platinum is very hard to cast.
The other method is to melt the rhodium into a thin flat long rectangle and bend it into a curve (a ring) and solder it shut with white gold. The only problem is the poor malleability which means it would crack and break as it is being bent because it is too brittle.

That is why I gave up trying to get a solid Rhodium ring made. The guy from London may have a point that if 20% Platinum is used, it may be malleable enough to make a ring. I suspect a jeweler would charge up to $10,000 USD to make one.

I guess after today's news, everyone has heard of rhodium jewelry. B.Hussein Obama's $30,000 rhodium and diamond ring for his woman.

A. I got very interested once I started reading all this questions and responses, First I have been a jeweler for 38 years and nobody that I know of has had problems or reactions to rhodium, and I use it almost daily for plating.

Q. In the same web search that turned up this question, I also turned up a source for rhodium wedding rings direct from American Elements, a materials source.

I guess I can't link to the site here, but I wonder if anyone has any experience with ordering rings through this sort of source, or any other information.

The rhodium rings seem to be available at 99%-99.999% purity. I don't know what the cost is, because I wanted to ask around before I contacted them for more info.

A. Hi, Lisa. Asking for a testimonial on the largely anonymous internet is like asking a stranger to watch your purse while you visit the restroom; it might work out fine some of the time :-)

But we've received many postings where IP addresses proved they were from shills posing as satisfied customers, and in most cases there is no way of knowing :-(

For this reason and several other reasons, sorry, we don't print testimonials.