I have a question concerning copper cyanide strike consisting of three parts:

a) Is it possible and technical correct in terms of plating performance to use Titanium anode in a copper cyanide strike process?

b) In a copper cyanide strike process in which way the cyanides of the plating bath are consumed (which is the electrochemical reason for this consumption)?

c) Is there a mathematical formula for the calculation of the required surface of the copper anode? or the titanium anode (if the use of this material is technically possible)?

Thanking you in advance

I haven't seen it or heard of it, so I can only extrapolate--which is a dangerous way to engineer things :-)

a. My feeling is that titanium would be non-conductive and would not work, and that you probably actually mean platinized titanium anodes. I don't see any reason why they should not work, but how are you going to get copper into the solution?
b. Something has to happen at the anode, and if there is no copper oxidized I think the solution has to oxidize (release a lot of oxygen) which will tend to destroy the cyanide over time.
c. I don't think there is any formula for a required anode area, just some practical considerations and some empirical data you can collect.

If any reader has actually used insoluble anodes in a copper strike they'll be able to offer you better guidance than I can.

We use steel anodes in our cyanide copper strike to maintain anode area without build up of copper and periodically add a titanium basket with copper anodes to maintain the copper level after analysis. Titanium would be an expensive way to go and as with the previous answer I would doubt the conductive properties of titanium. 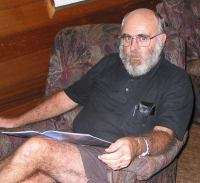 Concerning question (a), the required quantity of copper will be provided in the electrolysis bath by the addition of copper cyanide salts.

Concerning question (b), you mean that the cyanides consumption is attributed to an oxidation process taking place due to the formation of free oxygen radicals?

Thank you, Mr. Lynch, for making an important point that I had forgotten to make. Yes, people mix soluble and insoluble anodes in copper strike tanks to maintain copper concentration, and I hope people did not read my response as indicating the contrary.

Mr. Spanos, as I said before and Mr. Lynch reinforced, I don't know of people who are using no soluble anodes, but I imagine it can be done. And Mr. Lynch is surely right that steel anodes will work (although there may be some creation of difficult-to-treat iron cyanides. Free oxygen radicals commonly form at the anodes in plating tanks, and if you use only insoluble anodes it seems you would have to generate a good deal of free oxygen because the electrons have to come from some place to complete the circuit.

finishing.com is made possible by ...

this text gets replaced with bannerText