Do any of you Autophoretic users experience sodium buildup in the paint bath? We installed I-EX equipment to improve the efficiency to 95% but then had to revert to the traditional method of dumping and replenishing because the sodium level built up and the I-EX equipment could not remove the sodium. The supplier does not seem to have any answers at present. Anyone with similar experiences?

I have no specific experience with this, but certainly there are ion exchange resins that will remove sodium. What do they do that messes things up?

Thanks for your response. The effect of high sodium is to effect the deposition and the performance of the coating in salt spray tests. With regard to the availability of a resin to take out sodium we asked Purolite if they had one and they could not come up with a system that would work with the autophoretic coating. Neither could Henkel,although they are working on a Mark II I-EX machine but I believe it is based on a different technology. What interests me is that when Henkel Europe asked their colleagues in the States if coaters experienced the sodium problem they claim that it has never arisen. Of course it would not have done so prior to the intro of the I-EX because the paint tank would always have been bled off and replenished. We could move from sodium based cleaners to potassium but this makes it more expensive and does not overcome the sodium inherently in the coating. Any views from your readers in the U.S. would be appreciated

It sounds exactly like you are experiencing carryover from your cleaners. If possible, I would suggest either a different way of racking your parts so as not to pool as much liquid, install another rinse tank, or install a misting zone that is fed from a post cleaning rinse tank.

As to the benefits of the new IEX machine, we were the test facility for the trial and noticed a considerable drop in our Na levels.

I hope that this gives you some insight.

There is new information about manual IEX from Henkel. 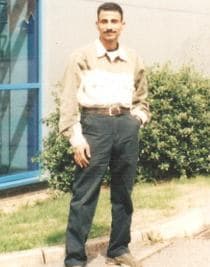 I sure would like to know more about this manual IX process that Khaled is talking about. I haven't been able to find anything on Henkel's site about this. Do you have a actual web page or phone number of someone who knows what this is about?

There is a brief 2-page flyer at www.loctite.us/int_henkel/loctite_us/binarydata/pdf/IES_PSE_IonExchange.pdf
It says to contact your local rep who can give you more info. Apparently not :-)