But the client is now claiming that products are rusted at the site, we could see the red rust and white rust.
As per our observation it might because of rain.

I would like to understand whether the HDG product will rust so early or is there any other reason for rusting. I am attaching the pictures from client.

A. Unfortunately I think your client has cause for complaint.
In the images (the best way to describe such problems by the way - they say a picture is worth 1000 words), we can see several different issues. The last picture demonstrates some bare patches, flux staining, and some zinc runs. The second last image is a bit unusual, but I think it was a lump that was ground off, probably at the galvanizers, but ground too far, and the time past now has caused this to be less defined. The third image shows over-grinding, which has removed the coating entirely allowing rust to form.
The first two pictures appear the worst rust, but the cause is less clear. Given that the other images support there being over-fettling, or over-grinding, its likely that the first 2 images are the same cause, but if they were the only images in this story, then it would be less clear. Certainly something has reduced the zinc thickness, which elsewhere appears OK. Other possible causes on this specific could include some abrasion after erection on its site, or a chemical attack. But with there already being some evidence of poor finishing in galvanizing, this seems the mostly likely cause. 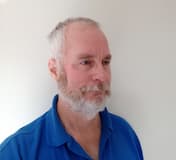 A. My opinion is below for your reference:
1. According to photo 1, galvanizing didn't reach target thickness. There are 2 potential reasons. First, pre-treatment is incomplete. Second, melt zinc is too diluted due.
2. According to photo 5 (Last), there is white rust & yellow rust. White rust may be caused by final water dipping. You can shorten time of water dipping. Yellow rust maybe caused by environment air dirty, maybe caused by acid fog or marine climate (wet season).