Q. Forgive a kitchen equipment question but there seems to be a well-kept secret about silicone kitchen wares. I had a fabulous silicone rolling pin. Adored it and used it almost daily. Cared for it tenderly, washed it by hand with detergent and hottest possible water. All fine until I had to take a break for a few weeks and came back to find the rolling pin oozing oil and trapping flies on itself. Disgusting - and is it poisonous?

I cleaned it off, and it was back the next day. Tried harder and it was back again. Soaked it in vinegar, poured boiling water over it, scrubbed it, rinsed it, did it all again and again to no effect. In the end, I threw it away.

But now I want another piece of equipment that is only available in silicone. I have reason to believe it will do the same thing. So, how do I deal with that oil, please? I cannot undertake to cook often enough to keep it at bay. You mentioned hexane [ed note: in regard to removing silicone from metal]. Is that suitable for a kitchen? Or shall I just do without the new piece of equipment? 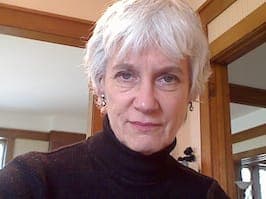 A. Hi Pippin. Personally, I would not worry about silicone cookware being poisonous, it's considered non-toxic; and if you do worry about it, it will be a lot of work to completely avoid it.

Silicone is very widely used in kitchen equipment, and I haven't heard of others having this problem, so I'd be more likely to condemn the particular item you had or the oil you used rather than the whole concept.

Cleaning with dish detergent and very hot water, or in the dishwasher, is probably the best regimen.

Thanks - that's what I originally thought, too, but it won't fadge. The amount of oil oozing out that has not come from the cooking but the rolling pin itself ... is disgusting. I've found a couple of other people with this problem, including on the kitchen equipment I wanted. Everyone who experiences it says, as your list says, that it is effectively impossible to get rid of. Can't think why the manufacturers don't sell a patent cleaner for it.

Still - glad to know it is not poisonous!