Stainless steel gets rusty. Why?


Q. Hi there. I am involved in metal stamping parts, and we have supplied a SUS202 stainless steel part to our customer.

First look at your own shop: No cross contamination due to using machinery which previously stamped normal steels, not fabricating SS and normal steels in the same room? Not brushing the steel with Iron brushes? A lot of corrosion problems in SS are caused by contamination the SS with Fe-particles. This topic has extensively been discussed on this website already.

Also interesting is this, which I borrowed from pfonline.com/articles/119806.html:

'Perhaps the most overlooked variable in the entire passivation equation is the negative impact of poor machining and heat treating practices. All too often, cross contamination introduced during manufacturing and/or thermal processes leads to unacceptable test results. The following practices will reduce cross contamination during manufacturing and increase the chances of successful passivation and tests results.

Never use grinding wheels, sanding materials or wire brushes made of iron, iron oxide, steel, zinc or other undesirable materials that may cause contamination of the stainless-steel surface. The use of carbide or other non-metallic tooling is recommended. Grinding wheels, sanding wheels and wire brushes that have been previously used on other metals should not be used on stainless steel. Use only clean, unused abrasives such as glass beads or iron-free silica or alumina sand for abrasive blasting. Never use steel shot, grit or abrasives that have been used to blast other materials.

Thorough cleaning prior to any thermal processing is critical. Stress relieving, annealing, drawing or other hot-forming processes can actually draw surface contaminants deeper into the substrate, making them almost impossible to remove during passivation.
Care should be taken during all thermal processes to avoid the formation of oxides. Passivation is not designed to remove discoloration and will not penetrate heavy oxide layers. In extreme situations, additional pickling and descaling operations are required prior to passivation to remove the discoloration. Controlled atmosphere ovens are highly recommended for all thermal processes to reduce airborne contamination and prevent oxides from developing.'

Then: from www.worldstainless.org I copied:


'In all of these stainless steels, Cr is trying to form ferrite while the austenitising elements, Ni, N, Mn and Cu, are trying to form austenite. The higher the Cr content, the more austenitising elements are needed to change all the ferrite to austenite.
J4 is a good example -- in order to get the Ni level down to 1% Ni, and so minimize the price, it has been necessary to reduce the Cr content
to 15-16%. This is much lower than the 18.0 - 20.0% Cr specified for grade 304 and it is Cr which makes the greatest contribution towards corrosion resistance.

This means that such 200-series grades have lower corrosion resistance and are suitable for a much narrower range of applications than grade 304. This has not been well understood and there are many instances where 200-series grades have failed due to corrosion, such as when they have been used for components like handrails in exterior applications.

Another issue can be high levels of impurities such as sulphur (S) in some 200 series grades. Sulphur significantly reduces resistance to corrosion such as pitting. High S is not a problem which is inherent in 200-series grades; it is a problem caused by poor steelmaking practices, and has been observed in some 200- series material made by small producers with inferior equipment and practices.

A similar situation applies to carbon (C), which is normally controlled to very low levels during steelmaking in order to avoid welding problems. High C has been measured in some 200-series material manufactured by small Asian producers and this can result in intergranular corrosion when welded structures are put into corrosion service.'

Hope this answers your question ... it could be the wrong stainless steel for the wrong application. (What we sometimes call "penny wise, pound foolish) 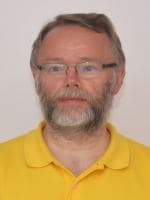 
Q. Sir, I am manufacturing display items in ss 202. In last few months I have complaints of corrosion of ss 202. What is the reason behind it; we supply our products in matte finish.


A. Hi Raminder. It is hard to determine the actual problem without investing quite significant effort in tracking down data of all sorts, but we appended your inquiry to a similar question which was answered beautifully by Harry van der Zanden. Good luck.


A. It can be a complex issue, but I'll throw out a couple quick bullet points:

* Different stainless grades have different levels of corrosion resistance. Sometimes there are other overriding factors, such as a requirement for hardness, but in general don't expect things that aren't 316 to hold up as well as 316. Plan accordingly.

* If you have iron contamination on the surface and don't remove it, it won't matter what alloy you are using, it's going to rust.


A. Rust is formed on the surface of stainless steel when a condition develops in which the metal molecules at the surface are not sufficiently alloyed with chromium to create or maintain the required oxide layer. Contrary to popular opinion, surface rusting does not occur when stainless steel is "sensitized" since the bulk of the metal has adequate chromium to prevent surface rusting; sensitized stainless steel only corrodes along the grain boundaries. Rusting phenomenon discussed in this paper is a surface phenomenon only.

A second means of forming a rust-forming surface film on stainless steel occurs during welding when using a process that depends on flux for shielding, such as SAW and GMAW using flux-cored wire. These fluxes tend to be easy-to-remove or self-peeling, and, although the weld surface may look clean, there is a thin residual layer of iron-rich material on the surface. This layer rusts easily if the weld metal surface is not abrasively or chemically cleaned after welding. The nature of the rust that is formed is similar to that formed by mechanical contamination as discussed in the above paragraph.