Presently we mask-as-we-go building up in a fast sulfamate nickel bath. The parts have great variations in current density. First I would like to know what's out there to do some exacting current density calcs, then look more toward shielding rather than taking the part out repeatedly for various changes of masking.

Also what would pulse reverse current do to speed up the process? I understand the better even plate but does it increase tank time and if so what percentage? We are putting in too many man hours in each part. 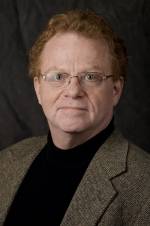 The old oil commercial, you can pay me now or pay me later.
It sounds like you have a complex part which will be difficult to come up with one-it solves everything- shield. Shield development is about 1/4 knowledge and 3/4 experimenting. As in you move shield component A and it affects the shielding of shield component B.
A long time ago, there were a couple of articles published in either the old P&SF or Metal Finishing. Try a couple of different search engines to see if you can find them.
I am not aware of any book that has a good chapter on the subject.
Trial and error! The more that you understand to start with, the less trials required, but it is complex for a complex part.

There are 3 good modeling programs that will predict plating thicknesses on your complex molds. They are supplied by Lchem, Elysica and Comsol. These are not simple to use and you will need a an engineer ot technihian who is just dedicated to getting the most out of the software. The cost is $15,000 to 25,000 for the software.

Periodic reverse will help with the thickness distribution especially in deep recesses. it is also possible to make a modification of your plating bath to increase the throwing power. Combining these will cut your plating time and reduce the amount of time spent on secondary operations.

I think to get a better handle on calculating current densities would be a great place to start, but wonder who has a decent treatment of that topic along with anode/cathode ratios, etc. I realize it's trial and error, but I would think that a better understand of actual current densities in various areas of a part would help decide a shield. The parts vary tremendously and convoluted angles on each part. The better I can grasp the whole topic of current densities and shielding enhancements will get me on the way.

Where do I go to get the topics of current density calculations on a 3-D curves part and shielding? I've used shielding and robbers for years and understand them pretty well, but when you are electroforming, you have such build-up potentials that simple shields and robbers can almost be a wash since you have to have uniformity in the end. You would probably find no labor savings in the end.

There are several companies which specialize in electrochemical modelling software including Elsyca and L-Chem, Bob.

There is more than one company that sells a current density wand which would provide some real world information about what is going on in the tank. Not cheap, but not that bad a price for someone that is serious.
You can use a scrap or dummy part and make changes rapidly (in some cases) after a reading, especially since you are interested in plate distribution and not adhesion.

Just to give you an idea for comparison purposes, I remember a diagram somewhere in the ASM Handbook for Metals (Plating chapter) showing the results of plating a hollow square box with its opening facing towards a straight bar anode (no shields, robbers, auxiliary or conforming anodes). The edges at the opening of the box pull 10-20+ times more metal than the internal corners at the bottom.

Thanks guys... I'm relieved to know there is something out there. Something along the lines of a current density chart/diagram is a good place to get a visualization for my people. It would be a hard sell for a program in the $15k and up range. You can do a lot of over plate and grind for that, would be their thinking.