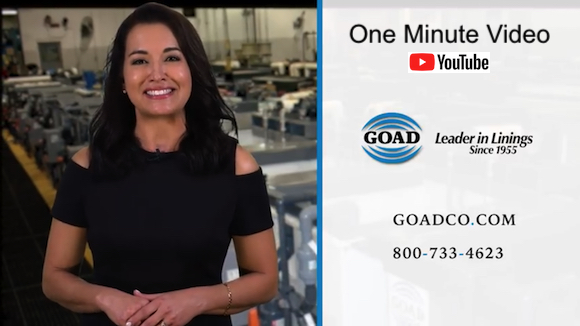 An ongoing discussion beginning way back in ...

Q. Is there anyone that has used a tank lined with Kynar to do Hexavalent Chrome plating? If you have what successes or problems have you encountered?

Why, for that matter, use PVDF when Koroseal type linings have been successfully, but only over a given time period, used?

My own preference is for a dual laminate. PVC:FRP ... and certainly not PVDF which costs an arm and a leg. In other words the tank is l00% plastic, no metal, no (great) variations in thermal expansion rates, either.

A. For a supplier's chrome chemical mixing facility we used PVDF dual laminate construction. As Freeman notes, it is horribly expensive. As an example, two of the tanks for that facility were the same size, round, cone bottom, open top. The one that was made of top quality (vinylester) fiberglass cost $2500. The same tank with Kynar lining was $25,000.

A. I have used virtually all of the kinds of chrome plating tanks, including lead lined. My choice is a heavy vinyl drop in liner with a second bottom for handling dropped parts and a air liquid interface liner. They out last most other tanks and are a lot cheaper. A proper fit is mandatory. Use a reputable company.