I have a client who has surfaces in the near vicinity of a large chromic acid tank that are visibly contaminated with chromic acid. Amounts of chromic acid on these surfaces range from 40-110 mg/100 cm2. I'd like to recommend an appropriate clean-up method. Can wet-wiping with plain water be used, or should the chromic acid be reduced with a bisulfite, and then neutralized with a weak base? If reduction is appropriate, what is the approximate concentration of bisulfite (w/w) necessary for surfaces with this amount of chromic acid? Is exposure to SO2 a concern? Thanks for your help and expertise.

There is a product product call Chromekill which is metabisulphite-based, but which includes usage instructions, an MSDS, and a certain amount of caustic mixed in (presumably to lessen the likelihood of sulfur dioxide gas generation). They presumably have competitors too. I think using a purpose-built formulation like this, even if a very simple one, would be better than using commercial metabisulphite.

You may try Oxalic Acid [affil. link to info/product at Rockler] , or boil sugar with nitric acid for a while and use the solution /never tried/. 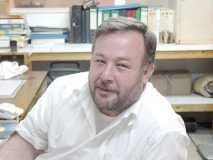 I hate to say this but one should go back to the basic problem, the chrome acid deposit is there because there is no adequate ventilation system associated with that process. Let's face it, if you have a proper chrome acid mist capturing system on the bath the problem should not exist. However if you capture the chrome acid mist, which I am informed is carcinogen, you have to make sure the problem is not transfered else where. In other words once you have captured the mist you must remove it the air stream before the air is discharged into the atmosphere, hopefully not onto your neighbors. So look hard and deep at the problem, start from the process and work to the end. Ultimately you should have some sort of extraction in place on the chrome bath and an efficient mist eliminator to remove the acid aerosols which can be returned to the bath. I can't imagine what the operators have to contend with in this shop!

This ounce of prevention can replace hours of manual cleaning of nearby surfaces and maybe future litigation from employees. And I'm surprised that Freeman has not answered this question.

Firstly I'd like to say that I had responded BEFORE Tony Johnston's comments appeared ... but it seems that that reply had apparently got lost in the electronic ether ... !

My first thought was obviously that there appeared to be insufficient ventilation for those surfaces to be contaminated ... by that I mean insufficient airflows and maybe poor or lacking hood design. This is often required for most chemicals but especially for chrome.

Furthermore, if dear old EPA heard of that they'd deservedly be down upon your customer like a mega load of bricks! This is a somewhat carcinegous material and good ventilation is a total MUST ! Clean up is entirely secondary to good ventilation and probably never necessary.

As Tony pointed out, the ventilation system should have some sort of 'scrubber' ... and a good eliminator would capture all those emissions, use hardly any water (to clean down the emissions) and amortize itself in a few years. This is proven. To do nothing at all is disgraceful.

There are mist/fume supressants which do an amazing job of controlling mist and fumes. Some of these claim 99%+ reduction, and I have seen results which make me believe this is the case.

There seems to be two issues being discussed here. Firstly, how do you treat hexavalent chromium contamination and secondly how do you prevent it.

Hexavalent chromium is highly toxic and classified as a carcinogen in many countries. Whether this is fair or not is open to debate, but suffice it to say that the law says it is. However, it is well documented that prolonged exposure by inhalation to hexavalent chromium can result in the destruction of the nasal septum (the membrane between the two nostrils) and this will result in a minimum of a significant facial disfigurement. It is hence similar to what snorting cocaine can do. It is therefore not a sensible idea to contaminate the environment with hexavalent chromium. If you are unfortunate enough to have this problem, then it must be cleaned up.

The simplest way is to reduce the hexavalent chromium with sodium metabisulphite. If the pH is correct, and the Cr(VI) will make sure it is, there should not be a significant release of SO2, but it is best to take preventative actions against possible exposure to the gas. The resultant trivalent chromium is currently considered benign, but no doubt the legislators may want to change this at some stage in the future. Allthesame, the trivalent chromium must be disposed of in a suitable and safe manner by reputable waste disposal contractors.

The best way of solving this problem is to prevent the initial release of hexavalent chromium. This can be done by adding fume suppressants to the plating bath. These are commercially available and their structures are kept as commercial secrets. They act by producing a foam over the plating solution when the inefficient chromium plating is taking place; the foam is produced by the agitation effects of the discharging gases. They are based on very stable surfactants and are almost certainly made by stabilising the hydrocarbon-based surfactant by fluoridisation of their backbone. When they are used, the manufacturers instructions must be followed.

There have been reports over the years that additions of suppressants to plating baths can cause problems such as pits in the plating, excess heating of the tanks requiring extra cooling coils and finally objectionable odours. I have to admit I have never seen any of these, but I have not got much experience of their use! I can, however, also see how these ideas can be conceived. I am also aware that they may be able to trap the gasses produced in chromium plating (i.e., oxygen and hydrogen); this combination is potentially explosive, so care must be taken to avoid any electrical sparks. Even if a spark did ignite this mixture, I would be very surprised if it did any more than just made a sharp loud retort.

A simple version of a mist suppressant is the "good old" couffle. These are plastic balls that float on the surface of the plating tanks and reduce the release of fumes. They are pretty effective, but can be a problem since not only do they escape from the bath and go everywhere, but the can also damage or knock off fragile parts being jig plated.

In the old days, if the surface tension of a hexavalent chrome bath was below 40nM/m, it did not need fume extraction, but modern legislation will certainly not agree with this, so extraction must be used. Obviously the extractant must go through a suitable chromium removal process, such as a scrubber, but its size and requirement will be dependent on the volumes being handled.

Apologies for the length of this submission, but I hope it helps.