I am looking for a material with a high friction coefficient, a low wear rate, high temperature resistance. I am thinking about a fluororesin with some fillers. The material will be deposited on a metal surface.

Can anybody help me?

A. Not sure how high the temp you have in mind. Electro nickel plated diamond will give you a finish of diamond file. Or thermo-spray, say chromium oxide with appropriate grade of powder. Need more details of your requirement.

A. If you meant a low coefficient of friction, you can try a Teflon coating :-)

If you are looking for a high coefficient of friction you can try a plasma coating.

Q. I also am looking for a high-friction coating. the requirements are as follows:

1. Thickness tolerance ± .0005
2. Applicable to stainless steel (304 or 316)
3. Electrically non-conducting (or at least 1000 times less conductive than copper) (note: voltage only ~3V)
4. Friction coefficient (f) at least .5 against an electrical steel (i.e. Fe + 2.5% Si) with yield stress 65 ksi.
5. Must transfer 3000 psi of shear stress
6. Normal force will be 3000/f times a safety factor (1.5?)
7. Purpose of friction is to lock parts together as part of an assembly procedure... during assembly parts need to be aligned to a high tolerance, but after assembly the parts should not move
8. Friction interface will be subject to a large number (100,000?) of load reversals during its lifetime ... the friction joint should not "walk", creep or chafe
9. Friction interface should be as stiff as possible both axially and in shear
10. Temperature of operation will be as high as 100 °C

A. I suggest that you try belting the different alloys together with some sort of foreigner clamp. These products come with complete instructions, so nothing is left to the imagination. I bet you will experience vast improvements in outstanding performance. Good luck.

A. I am working on a very similar problem for my company. Our compressive stress requirement is lower, 8,000 to 12,000 psi. I know of an application using tungsten carbide coating on carbon steel against non-coated carbon steel that is in the 10,000 to 12,000 psi range. It does not slip or damage the mating surfaces.

Q. I'm not sure what kind of material to use that has high friction force and no slip when rubbed together?

Q. I am in need of a similar substance/process as Mr. Potter above. Basically I need a surface finish/treatment/film that will result in a coefficient of friction between two metal surfaces that is much greater than 1. The surfaces should be easily separable, but when a normal force is applied, they must not slip.

Any ideas or leads?

As a semantics issue, I don't know if there is anything with an actual Coefficient of Friction greater than 1.0.  While a rack and pinion set can drive a force greater than the normal force between the two gears, it would not work at all if the actual coefficient approached 1.0. Similarly, there are all sorts of small scale and micro-scale interlocking arrangements, including things as low-tech as duct tape and Velcro :-)

One interesting item I recently heard of, and that Messrs. Chaw and Stevenson allude to, is "friction shims" for flanged connections, where the shims are electroless nickel plated with occluded diamond or other hard particles. The tiny hard particles dig into the opposing surface and can thus transmit torque with a coefficient of .6 and above even when the surfaces may be oily. Perhaps you could either use such shims between the mating parts, or plate one of the mating parts with the composite electroless nickel? Even then, for your needs you'd probably require a keyway, or tapered joint, or something like that since a coefficient "much greater than 1" sounds extremely unlikely. Good luck.

Q. I have a requirement which is very similar to Steven and Jim but it also needs to be non-marking. Any ideas?

I am looking for a high friction material that has a a high coefficient of friction. And since rubbers tend to have most friction, I wonder what kind of rubber would be better. The thickness of the material I plan to use doesn't exceed 2 mm. The surface with which the material will be in contact with is organic and smooth.

I would really appreciate any suggestions in this matter.

No one can respond to that question until and unless you provide some better Information.

Your question is akin to asking "What is the best spice?" There's no one answer.

What is the "organic" surface?
Speed?
Pressure?
Service conditions? Dry, wet, lubricated. None or all of the above?
Temperature?
Expected life?
Optimum coefficient of friction?

Give us some information and then, maybe, we can help.

A. Regarding (static) Coefficient of Friction greater than 1.0... yes, it is easy to see many material combinations with 1.0+.

Rubber on Rubber (dry), Aluminum on Aluminum (dry), Silver on Silver (dry), Platinum on Platinum (dry) are all greater than 1.0. Not to mention thousands of coatings combinations. Note that these are all "like material" combinations, where the surface molecules have greatest "stick" (cohesion).

1.0 is not a welded joint. It is the "slope" upon which (45 degrees) an object at rest under normal gravity will be right at the threshold of "slip".

Why is the coefficient of kinetic friction usually lower than the coefficient of static friction? Could it be because we're bumping along with the two surfaces not having time to seat and interlock, like a poorly meshed gear? Why is the highest friction always between identical materials if not due to cold welding or like molecules mechanically interlocking? Why does a little liquid reduce the friction -- is it because it keeps the surfaces from interlocking? I never studied friction after graduation, and wish I had :-)

Spent lots of hours dealing with friction problems as a young design engineer. Here's the best problem I ever had and solved... a pliable part was being automatically inserted into an automotive assembly, with lubricant. The parts were tearing about once in 10,000 operations, a disaster in the auto industry, a recall was pending. The company asked me to come in and solve after the corporate engineering black belts had about given up after 3 months of DOE.

Took about 5 minutes for me to find the problem... a small force couple due to mis-designed tooling (geometry was wrong) was just enough to stress the material obliquely (shear and tension combined). Every so often the mold line on the part wasn't totally clean... so the stress was just enough to pinch and tear.

The black belts had attacked the problem by throwing different lubricants at it... but the root cause was faulty geometry. Pythagoras and Newton, not some chemists, were the solution.

Q. I'm looking for a coating on SS or aluminum that will increase its friction with a rubber wheel drive device. I'm getting pretty good results with a carbon steel rod, but SS tends to slip at higher loads. I’m not quite sure why the carbon steel rod performs so much better since the surface roughness does not appear to be significantly different from the other rods. Any ideas?

Hard Anodizing the Aluminum seems the obvious choice; am I missing something?

It's not just the roughness factor that is the difference between steel and SS: SS is lousy for bonding rubber, Steel does bond very well on rubber with or without Chemlock or equivalent bonding products.

A simple CED coating on the steel will also aid the bonding of rubber on steel or aluminum. 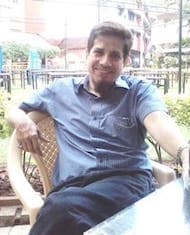 Q. Hello everyone, I have another friction need. I'm looking for a coating that behaves like the rubber of drag racing slicks. It will be applied to either a 7075 Aluminum or Carbon/Kevlar wheel that will get up to 10,000 RPM with a load of up to 1,000#. It is a non-pneumatic drive wheel for land speed record use on the Bonneville Salt Flats. Durability is open - it only has to last up to 15 minutes if it can be easily reapplied, otherwise 2 hours would be a good lifetime. Miracle coating? Please let me know your thoughts! Thank you!

A. I have no idea what coating might do what you want, but, AFAIK, all wheel driven Land Speed records have been set on pneumatic tires, provided by one of the major tire companies.

If you're running a jet car, then the apparent go-to material is high strength aluminum. Wheel steering doesn't count for nearly as much as aerodynamics.

But, if you're trying to reinvent the wheel, I have no clue.

A. Hi. You're beyond my depth, but it would seem to me that embedded strands of glass, carbon, or steel fibre would be necessary towards holding any thick elastomer coating onto wheels rotating at 10,000 RPM.

Q. Good day
What coating can be used on a face plate and clutch friction material to minimize wear?

A. Hi Julio!
Looks like no one has chimed in so far but if you state the exact alloys you are trying to put a coating on, as well as your current challenge and what you would like to see improved, this crew will come up with answers much easier!
Cheers!